All Collections
HostiFi
How we handle UniFi updates

How we handle UniFi updates

HostiFi's testing and release process for the UniFi Network Application

At HostiFi, we take care of all Linux and UniFi updates for our customers.

This is one of the biggest values that we can provide as part of our service, which involves testing UniFi updates and firmware versions in order to shield our customers from buggy releases. We have a long history of successful updates going back to August 2018 with UniFi Network version 5.8.28. We have avoided many problems for our customers since then because of our thorough testing process.

This article describes our testing and release process. Our time frame for a "good" update to be pushed out is 2-3 weeks after a new release is marked as stable/official, but that varies depending the results of our testing phase.

If we find any major problems during testing, we will skip the release entirely and wait for a new official release, then begin our testing process again.

All of our servers follow Ubiquiti's recommended system requirements for UniFi, putting us in the best position to avoid bugs.

We typically keep all of our customers on the latest official releases, but update only after extensive internal testing.

Ubiquiti has 3 release tracks for UniFi

You may also notice on the Ubiquiti forums that Release Candidate or "RC" versions of UniFi will be posted. These are versions that are suggested to become official, but have not been confirmed as official releases yet.

Usually a release will start off as a Release Candidate, and then be promoted to official/stable release in the same forum thread.

Once promoted to an official release, all UniFi Controllers begin receiving the notice that a new update is available, and alerts you when you log in. You can disable these alerts in the old user interface, by clicking on the down arrow and then "Disable these alerts"

When a new official release comes out, we will begin testing internally on a handful of our test servers and customers who volunteer to be upgraded early.

Some customers will need the version right away, usually because they have a backup or Cloud Key from a newer version, and they are unable to import it to their HostiFi server due to the version mismatch. In this case, we can upgrade a server manually, although we do warn them that the version has not been fully vetted by us yet.

If testing goes well for us, and we check the forums and there are not any major problems being reported by other users, we will push the new official release out to all of our servers. The entire process, from when an RC is promoted to official, until we push out the update to our customers, is usually 2-3 weeks if things go smoothly.

If HostiFi Determines an "Official" Release to be Buggy

Occasionally we will find a major issue in an official release and decide to skip it. Such was the case when upgrading from 5.9.29 to 5.10.12, which failed on some of our servers during testing. Later 5.10.17 was released as official, we began testing it and discovered the same problem still existed. 5.10.19 was released as official, and after testing it we finally were able to determine the release was good, and pushed it out to our customers.

We covered this in more detail in our email newsletter from February 28, 2019.

We don't push device firmware upgrades to our customers, however, you are able to schedule automatic firmware upgrades within UniFi under Settings > Services > Scheduled Upgrades. The schedules can be configured per-site and even per-device. 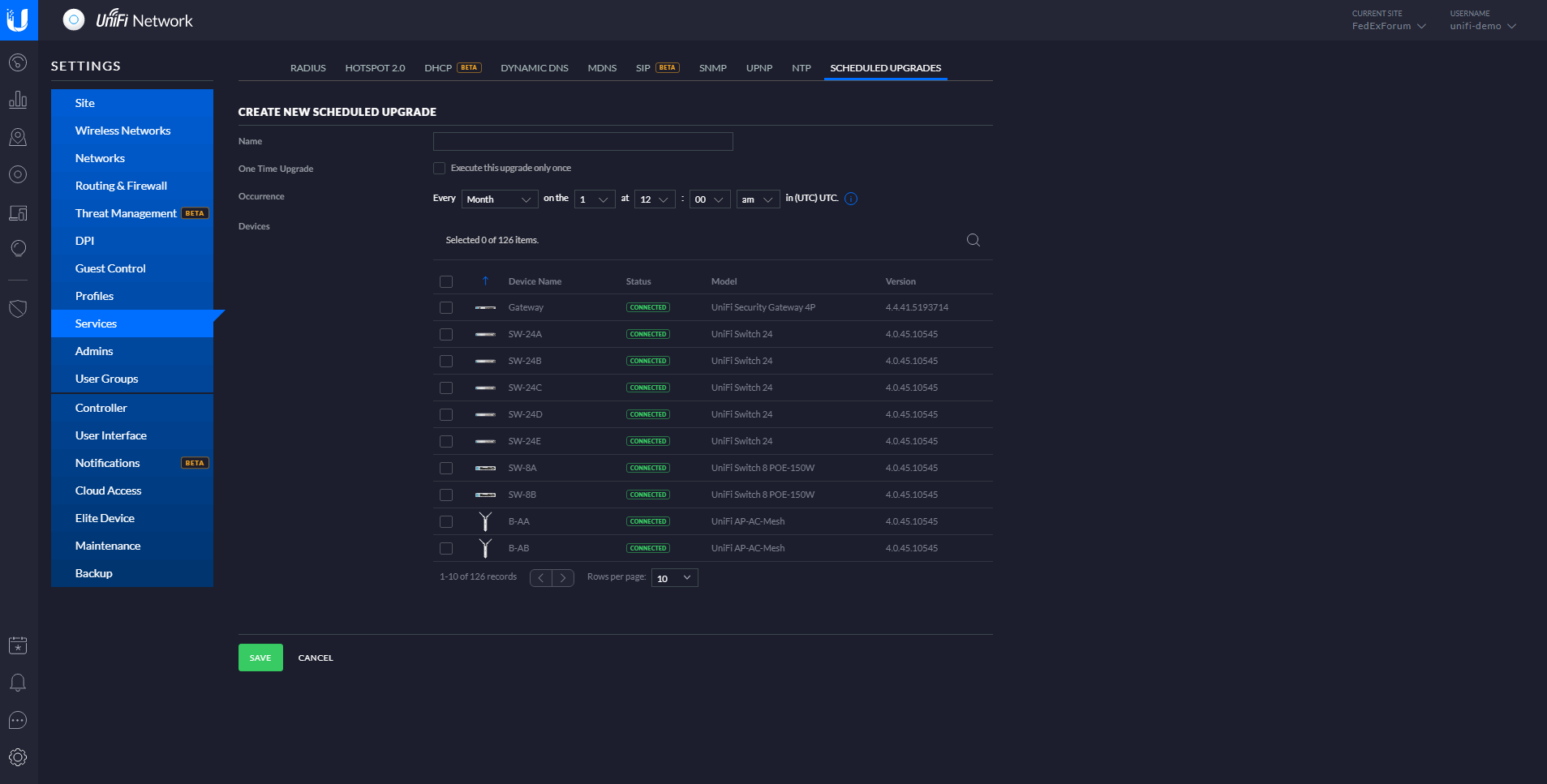 With hundreds of thousands of Ubiquiti devices connected to our servers, we are quickly alerted by our customers of any firmware bugs that are discovered. We are usually able to test internally and find solutions - typically by downgrading to a "known good" version or finding a workaround. If you run into any bugs, let us know! We covered this in more detail in our email newsletter from June 14, 2019.

As always, if you run into any issues or have any questions, email us at support@hostifi.com, or contact us via live chat.